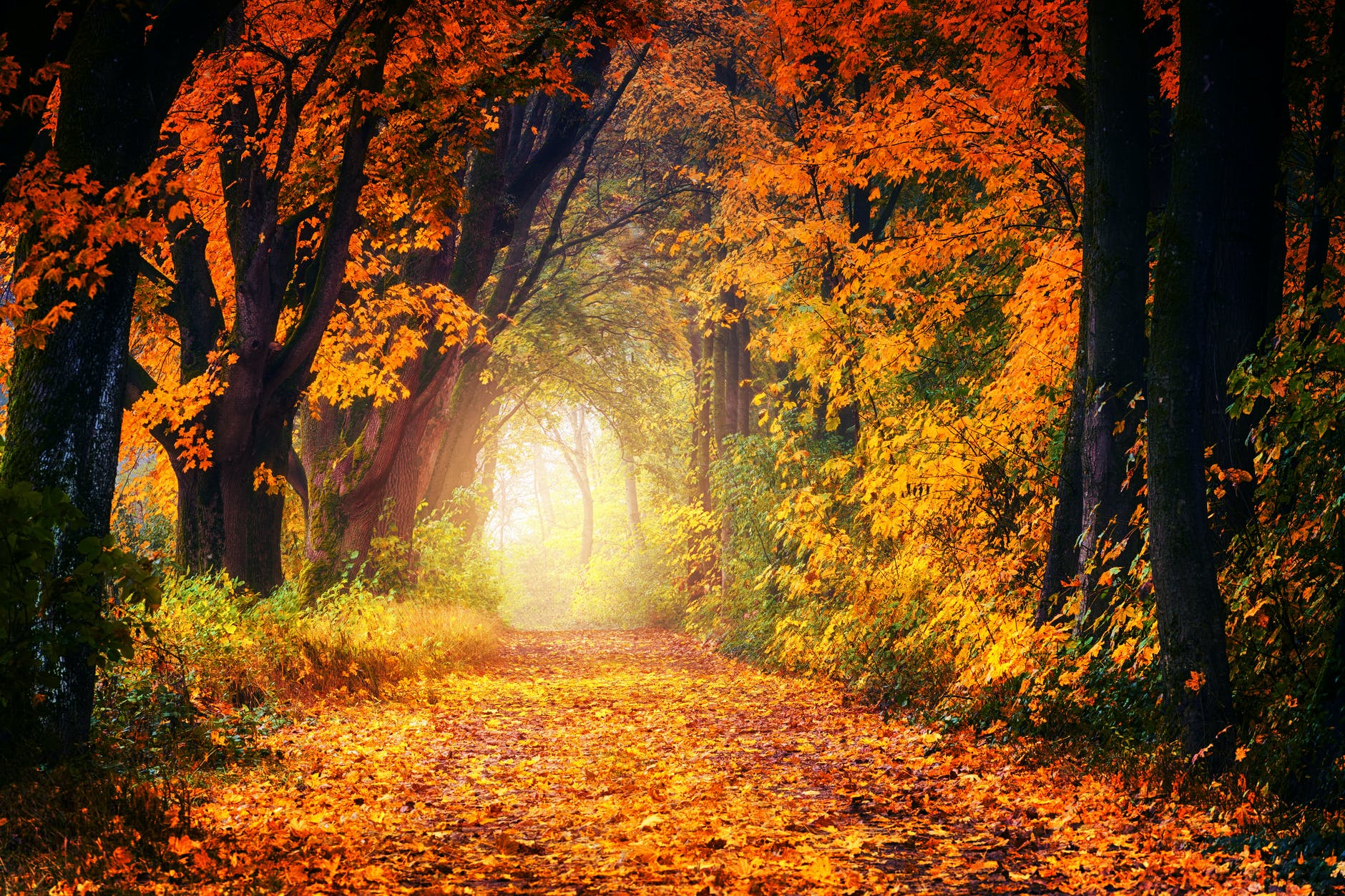 Published by amicarlton on September 24, 2021

Flipping the Page on a New Season

I have always loved fall. I’m one of those. Not a Pumpkin Spice Latte lover, but falling leaves and pumpkin décor and a crisp almost chill to the air–it’s the South. We barely get real sweater weather. Is it annoying to put on a sweater in the morning and being boiling by the afternoon? Yup. Would I rather it over any other time of year? Double yup.

Many a Southern folk love the Spring or Summer. They hate being cold, like it ever gets cold here, anyway. But, I’d rather be cold than hot. It’s taken me a long time to accept my Southern nature, but my body will never accept it. They did not physically make me to endure a Southern summer.

But it’s really a spiritual thing. The fall has always meant the start of the cascade of my favorite things–school, my birthday, Halloween, Thanksgiving, Christmas, and my daughter’s birthday. Even the dream of snow, even if it’s a somewhat ridiculous dream.

Only, this year, I made a startling discovery. I was a summer baby. Just by the skin of my teeth. My birthday falls just about a week before the autumn equinox. Cue dismay and horror. I guess I have to have known at some point. I have, in my life, glanced at a calendar. But seriously, I’ve spent most of my life thinking my birthday was in the fall. I think because people make this big deal about how kids go back to school in the fall. But mostly, they don’t. They go back while it’s still summer. And in the South, while it still feels like it’s in the triple digits. Believe me, those of us who had to go to band camp, football camp, or cheerleader practice know it for sure. In case there was any question, I was the first one. I played oboe, flute, and saxophone.

But WTF guys? My worldview has shifted. It’s not just that fall is still oppressively hot in the South. It is, but we’ve all been collectively pretending it started earlier than it did.

In the grand scheme of things, it’s fine. It’s not a big deal. And the magic of fall lost a lot of its shine a few years ago anyway when my mother died. I still love the fall and the cascade of holidays. But when you lose someone so close–despite any strain that relationship might feature–the holidays take on a weird sort of haze.

Maybe it’s adulthood, too. Holidays are less about you and more about the kids–whether they’re yours, your niblings, or your cousins. Though, my mom was pretty magical at the holidays. My cousins and husband felt it too. She believed in that magic. I was an only child, and I figured out the truth about Santa at a pretty normal age, but I pretended until I was pretty old because I didn’t want to break that spell and my mother’s heart right along with it.

I turned 35 on my birthday a little over a week ago. I don’t believe in New Year’s resolutions, but I often use birthdays as a time to check in and evaluate how things are going. I’ve been promising for the last four or five birthdays that it would be the year I finally finished my book. And this time, there is no going back. The book is finished. It just needs my final edits, then it’s going to my editor and publisher.

Maybe the holidays will find a new magic this year. The magic found from achieving long striven for goals.

What about you? What’s your favorite season? Do you have new goals as we change seasons?

Just wandered in? Learn more about me?